HOW +33,1% WAS ACHIEVED
Detailed performance and facts

FREE WEBINAR
Get the latest information

'Turnaround Tuesday' is a well-known market effect. "Make sure you own shares on Tuesday" is a traditional saying on the stock exchange. The existence of the Tuesday effect is supported by strong statistical data.

The research agency Evercore calculated that not having the S&P 500 in portfolio on Tuesdays, results in a decrease of the average return from 9,1% to 6,5% when going back to 1980.

Likewise Mike Bird in The Wall Street Journal writes "... since the beginning of 1980 the S&P 500’s average Tuesday gain has been 0.07% – the best of any day of the week. Remove Tuesday performances from the index over those decades, and its gain shrinks from nearly 2500% to a paltry 560%."

Due to this strong statistical evidence, many active investors have a strategy to benefit from the Turnaround Tuesday effect. An example is the experienced investor André Stagge. The strategy uses the German market index DAX. Only when the DAX shows signs of weakness based on technical analysis, a position is bought on Monday evening and sold on Wednesday morning.

This chart shows the gross profit generated for clients by the Turnaround Tuesday effect. In 2019 the profit amounted to € 3275 for the standard position of one future or the equivalent in CFDs. 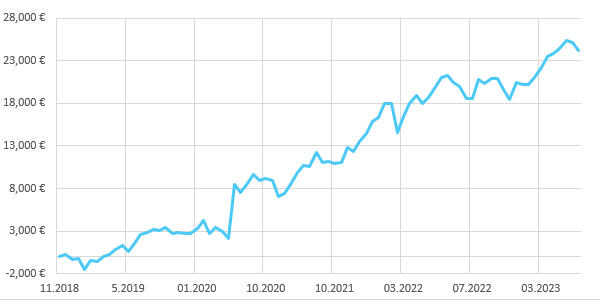 This chart shows the gross profit generated by the Turnaround Tuesday effect based on a 10-year back-test. The profit is based on a position of 1 future or the equivalent in CFDs. 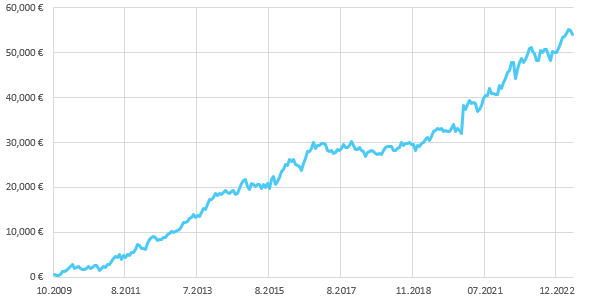 WHY DOES THIS STRATEGY WORK?

If there is currently an open position, it is visible in the live positions table.

WHAT YOU NEED TO KNOW

A stock market phenomenon backed by strong statistical data.
Out-performance of the DAX, even when the index is strong.
Good and stable performance since 2008.
Weak performance in 2007.
Limited number of orders therefore low commission costs.
Good liquidity in the Mini-DAX future.
Positive psychological effect, the investor feels he is buying low.
An easy to understand logic.